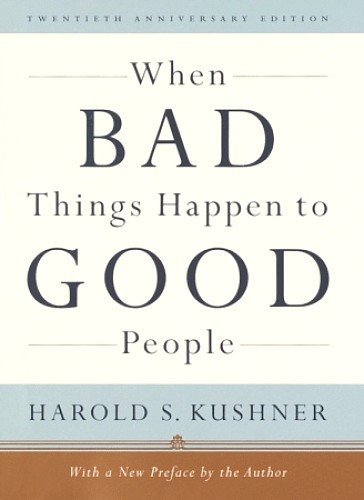 Rabbi Harold Kushner, author of When Bad Things Happen to Good People, and others contributed to the Appendix of Essays and Interviews for my new thriller!

I’m so excited to have incredible wisdom from rabbis and reverends, including Rabbi Harold Kushner, contribute to the appendix of essays and interviews in the back of my latest thriller, 36 Righteous: A Serial Killer’s Hit List.

The format of my book is inspired by Simon Wiesenthal’s The Sunflower, which contains a story in the first part of the book, and has educated essays addressing the themes in the book. In The Sunflower, the question the philosophers and theologists address is “Would you forgive a nazi of his war crimes?” The responses are varied and for a variety of reasons.

A variety of responses

In my book, the rabbis and reverends address the question, “Why do bad things happen to good people?” Again, there is a multitude of responses. Some responses include, “It’s better not to ask,” “There’s no answer, only a response,” “We cannot understand G-d’s plan,” and others that have surprised me and opened my eyes.

Who contributed to the appendix?

Rabbi Harold Kushner – A transcription of a sermon: Rabbi Kushner delivered the sermon on December 4, 1981, to Temple Valley Beth Shalom in Encino, CA.

Reverend Amy Roden – An essay: Rev. Roden is the Co-Director of the Berkeley Psychic Institute of Santa Rosa.

Reverend Leslie Nipps – An interview: Rev. Nipps is a practitioner of Neuro-Linguistic Programming (NLP, a psychological method popularized by such shows as The Mentalist) and Family Constellations.

Rabbi Tsiporah Gabai – An interview: Rabbi Gabai is the Head of Hebrew and Judaic Studies at Tehiyah Day School in El Cerrito, CA.

Josh Rosenau – An essay: Rosenau is the Programs and Policy Director of the National Center for Science Education (NCSE).

Find out more at Amazon http://bit.ly/36-Righteous

Ezra Barany started his career of freaking out readers with his suspense and thriller stories in college. In March 2011, Ezra unleashed his first novel The Torah Codes, which became an award-winning international bestseller. In his free time, he writes mushy love songs inspired by his wife and book coach Beth Barany. Ezra, a former physics teacher, lives in Oakland with his beloved wife and two cats working on his next book in The Torah Codes series. Ezra, not the cats.