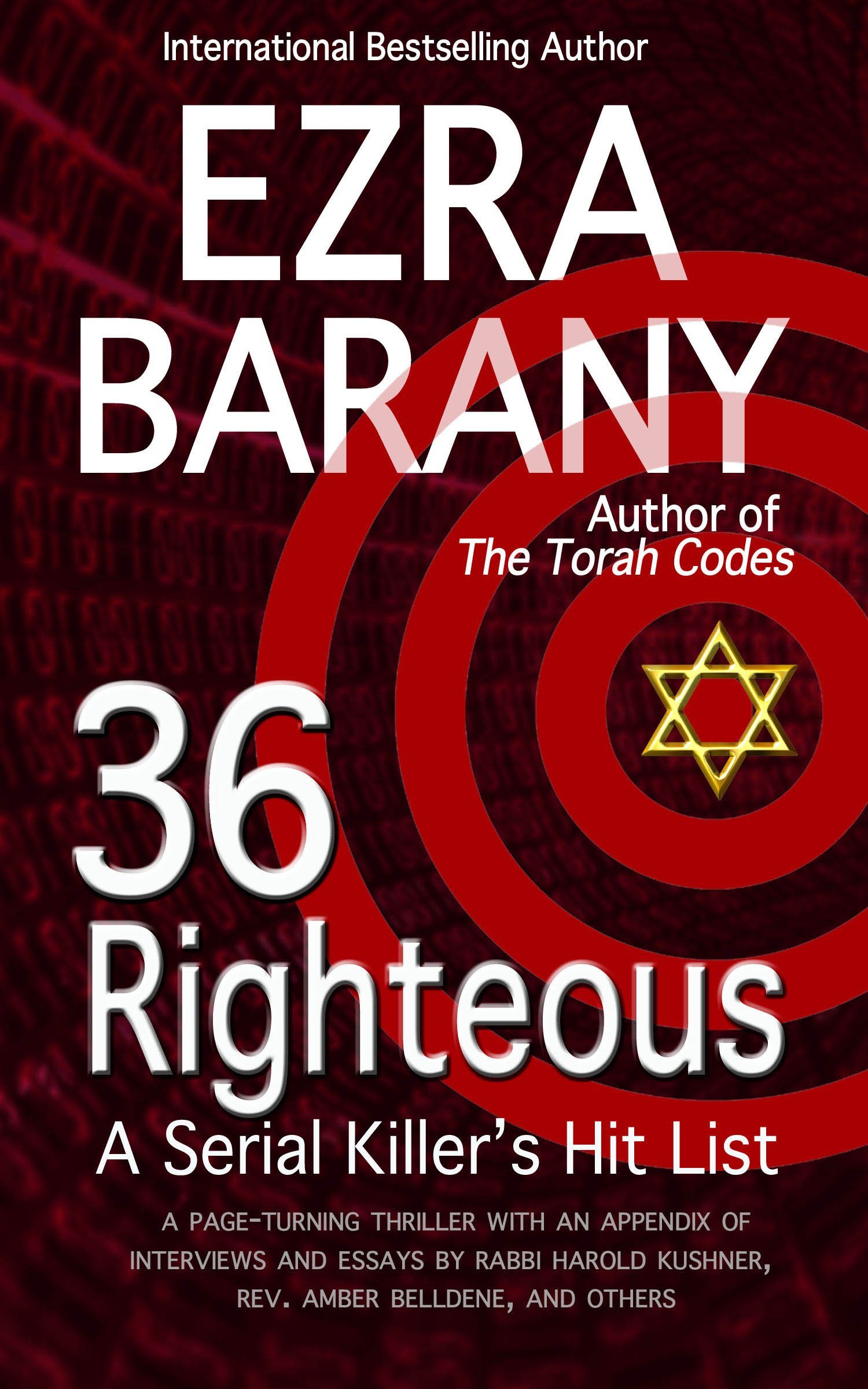 What would you do if your beloved were on a hit list?

I’ve just released the next thriller in The Torah Codes series, 36 Righteous: A Serial Killer’s Hit List, and I’m very happy with how it’s turned out. Both my parents say that it’s better than The Torah Codes, and as you know, it’s a scientific fact that when parents agree, it must be true.

In every generation, 36 righteous must live to prevent the Earth’s complete destruction. When the list of 36 righteous is stolen and turned into a hit list, Nathan Yirmorshy must do all he can to stop the serial killer’s onslaught. Especially since his girlfriend Sophia is on the list.

I turned to face Ira in his dark garage and froze as he kept the gun aimed at my chest.

“Susan Boyle?” I kept my hands low and out of his range of vision as I unscrewed the screwdriver from its handle. “I don’t know. Ever since she wowed the world with her voice on ‘Britain’s Got Talent,’ I just assumed she’d be spending the rest of her life doing world-wide music tours.” With my face just inches away from his, I managed to slide the shank of the screwdriver into the barrel of his gun. “But it seems like she’s fallen off the map.”

“She’s fine.” I sucked in my gut enough to slide the head of the hammer between my stomach and the muzzle of his gun. He didn’t seem to notice. “She’s been studying neuro-llama programming or some such thing. Let me ask you this doozy of a question. What would you like?”

“My guess is somewhere between obliviously happy and scared for her life.”

He sighed. “You’re wasting my time. Before I kill her, I’ll tell her you died a coward. Any last words?”

He fired and the bullet forced the screwdriver to ricochet off the hammer at my chest. With the gasses having nowhere to go, the gun exploded in his hand. The way the side of the hammer’s head punched against my belly, I’d soon have me a nice bruise on my chest. A helluva lot better than a bullet puncturing my lung.

Ira doubled over clutching his hand. He made funny sounds, the kind of sounds that meant he was either constipated or in a lot of pain. I guessed the latter.

Come check it out on Amazon: http://bit.ly/36-Righteous

Ezra Barany started his career of freaking out readers with his suspense and thriller stories in college. In March 2011, Ezra unleashed his first novel The Torah Codes, which became an award-winning international bestseller. In his free time, he writes mushy love songs inspired by his wife and book coach Beth Barany. Ezra, a former physics teacher, lives in Oakland with his beloved wife and two cats working on his next book in The Torah Codes series. Ezra, not the cats.